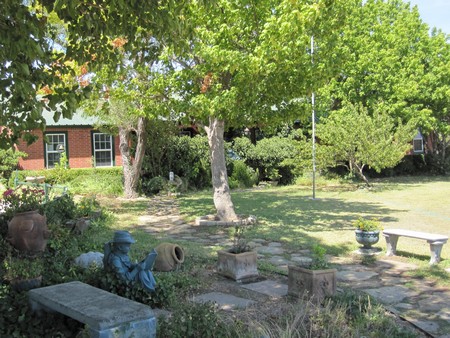 Five acres was purchased in West Fort Worth and the labor intensive construction of the campus took four years to complete. Construction was completed in 1995. 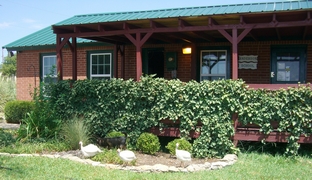 Later, as the concept for this school began to take physical shape, Dr. and Mrs. Anderson were grateful for the very kind assistance and advice of Dr. Nelson Eichman, now the Director of Business and Finance for the school. He persisted in getting this project started. His assistance and encouragement was fundamental in purchasing the land and providing for the physical plan and many other things necessary for opening the school on the first day in 1995.

Other generous and compassionate individuals provided time and talent in building this school and helping in the day to day operation. John Hammons will be forever remembered for his countless hours of hard work and ever present optimism. Our library is named in his honor. Frank Adams: a true friend to all children and wonderful companion for both LeVonna and Bill Anderson. The learning center is named in his honor. And many others are due our sincere gratitude including our dear friend, Jim R. Ewing, a wonderful teacher and an inspiration to everyone that was in his life. 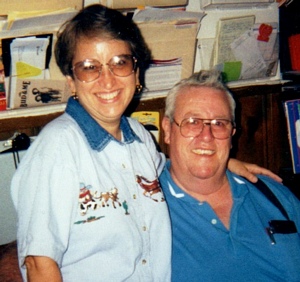 he story of the Anderson Private School goes back many years. Back to 1955, when a little boy, who could not walk since birth, was suddenly set free from casts and splints up to his waist and taken on a far away journey to a place as near to paradise as he would ever be.

In that summer, his mother would let go of the hand of her only child and place him in the loving arms of another woman, whose embrace he still feels. That gracious lady chaired the English department at Abilene Christian College and operated a camp for children each summer at a remote bend in the Brazos called Thorp Spring. Her little piece of Heaven she named Camp Klebit, built on the site of what was Add-Rann College, later becoming Texas Christian University. Her name was Jewell Watson.

One cannot imagine what freedom truly is until you are six years of age, able to walk for the first time, and run with wild abandon in wide unimpeded spaces as fast as you can, with the wind in your hair, the sun warm upon your face and laughter pulsating from every fiber of your being. And then, suddenly to climb upon the back of a huge white stallion and ride off into the unknown, hanging on for dear life, dodging tree limbs, unable to even slow down this magnificent creature, on which you are precariously perched and ever loudly pleading for your life. Then, once granted a brief repose, spur it on again to imperil your life one more time.

And so he spent that summer, as well as the next two, fully living a life that one can only find again in dreams – safe, cherished and with the absolute feeling of what can only be described as pure joy, a warmth inside and an intense anticipation that stays with you all day and all night, and ultimately all your life. It is this joy in living and loving and learning that Dr. William Anderson and LeVonna Anderson seek to pass on to future generations of children through the establishment of this very special school.

he planning for the campus began in 1983. It started in December of that year with the birth of their daughter and later with their son. As time passed by, their parents realized that they would need a highly personalized educational experience that would not change their unique and vibrant personalities, curiosity, and innate longing to learn. These, coupled with an intellectual precociousness that consistently impressed their parents, motivated them to seek a special educational environment that would not only meet their academic needs but preserve and protect those personal and personality qualities that were treasured.

After searching the metroplex for a special school to meet these special needs and not finding one, LeVonna started teaching Annie and two other girls at our home in Fort Worth.

One of the other children was Chissa Rivaldi, daughter of Mr. and Mrs. Remo Rivaldi. Remo was a well known beautician and hair stylist. He was the former head hair stylist at Neiman-Marcus and later owner of his own establishment, Rivaldi’s Salon in Fort Worth. Remo and his wife became good friends over many years with Dr. and Mrs. Anderson. And many of Remo’s ideas, aspirations and concepts for the Anderson Private School were adopted and incorporated into the program. The informal program conducted in our home continued until the untimely death of Remo. We have him to thank not only for helping to formulate the concepts of this unique school for our children but also for the inspiration to begin this enterprise. His faith in us is now reflected throughout the campus.

Later, as the concept for this school began to take physical shape, Dr. and Mrs. Anderson were grateful for the very kind assistance and advice of Dr. Nelson Eichman (photo on left), now the Director of Business and Finance for the school. He was always available to assist in any capacity and in every way to help Dr. Anderson and LeVonna. He persisted in getting this project started. His assistance and encouragement was fundamental in purchasing the land and providing for the physical plan and many other things necessary for opening the school on the first day in 1995.

e are very grateful to him for his never ending enthusiasm, kindness and ever present compassion toward us and especially toward the many children that his life intersects with on a daily basis. Without Dr. Nelson Eichman, the Anderson Private School would simply not exist.

Other generous and compassionate individuals provided time and talent in building this school and helping in the day to day operation. John Hammons will be forever remembered for his countless hours of hard work and ever present optimism. Our library is named in his honor.

And Frank Adams (photo on right with Mrs. Anderson), was a true friend to all children, a wonderful companion for both LeVonna and Bill Anderson, and a great supporter of the school. Frank volunteered many hours of his time for field trips and adventure trips the school took and so that he could help everyone he knew as much as he could. He is surely missed. The learning center at the school is named in his honor.

And many others are due our sincere gratitude including our dear friend, Jim R. Ewing (photo below), a wonderful teacher and an inspiration to everyone that was in his life.

As we started to see the effects of the unique philosophical approach of this school, we shared many of the elements that were the best practices among the most successful schools for gifted and talented children.

However, in structuring this new school philosophy initially, we decided to eradicate every barrier to the accessing of knowledge by children, who, by their nature, come through us (and not from us) intrinsically motivated. We held nothing found in the present structure of education as sacred and wanted to begin anew by taking a close look at schools, the grades, the rules, the roles of the teacher, the team, the textbooks and the time. Time, that became the clock on the wall which enslaved every edict, enfolded us into the linear walled-in spaces called classrooms, encircled our priorities, and ultimately eradicated our few precious moments of childhood.

It wasn’t until much later in our lives that we came to realize that the “system” of education simply forgot us. The teachers and administrators of our last years in school were so narrowly focused upon what they were teaching and assumed so much about us, that we were lost in the eclectic and egalitarian fads and fancies of the day.

rades became objects of reverence and a solid Gospel of discontent. Reputations were built upon them and futures foretold, regardless of their lack of validity. Age mates were cast into roles that demanded conformity, competition on uneven playing fields, uniformity, and boredom and customs with regard to sorting, selecting and doing unto students abounded. The emphasis was everywhere, but not upon us.

So this was the point at which we began - with our children and with what was left of the child in us. If we could relive childhood, what now would we want our schooling to be like? The startling rediscovery of the joy we found in our youth led us to conclude that it was the one, essential, fundamental, naturally occurring thing that, over time, had eroded and dissolved, as other things took precedence over our lives.

So, after much contemplation and deliberation, we concluded that the focus of the Anderson Private School was not to be upon learning but upon joyful living. And that learning was to remain a natural by-product of a beautiful experience.

Later, when it was time to define our mission and developed a statement to accompany our beliefs and goals, we remained committed to our deep feeling that all students should experience as much joy in their young lives as we have known.